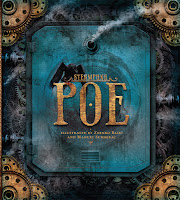 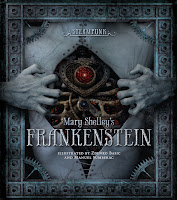 Many fans of steampunk are also fans of speculative literature from the Victorian and Edwardian periods as well. This has lead to confusing the two, with people claiming writers like Verne or Wells are steampunk, but that's like saying Beowulf is Fantasy, which it isn't. Beowulf is one of the literary progenitors of Fantasy, but as a genre, Fantasy is largely a twentieth-century phenomenon. Steampunk  is a late-twentieth, early-twenty-first century phenomenon, as is clearly demonstrated in Running Press's steampunk line of classics: Steampunk Poe (anthology of short stories), Steampunk: Mary Shelley's Frankenstein, and the forthcoming Steampunk: H.G. Wells (War of the Worlds). 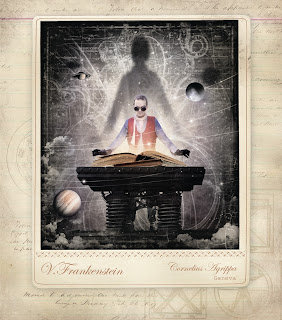 While some will argue that Running Press is simply cashing in on the steampunk name to sell yet another edition of these already much-reprinted classic books, a quick flip through these gorgeous volumes demonstrates the contrary. These books are positively bursting with the steampunk artwork of Zdenko Basic and Manuel Sumberac, which interprets the unexpurgated, unabridged, and most importantly, unamended text through a steampunk lens. Shelley is still Shelley, down to her introduction; the text is her Frankenstein, while the images are Frankenstein done in the steampunk aesthetic. Despite having read and studied Frankenstein many times, I was immediately tempted to put down what I was working on to begin reading the story yet again. The images evoked so many of the key moments, I was transported to the Arctic in pursuit of the Creature, to Geneva, and the University of Ingolstadt in a wonderfully surreal fashion. The steampunk imagery contains historical accuracy, but the steampunk elements lend them a quality of secondary worlds beyond this one, which Shelley's text arguably does. Basic and Sumberac render the Arctic a cold place beyond the Pale, beyond the borders of the spaces we know. My awareness of Roald Amundsen's expeditions fades into the background, and I am transported to a time when this was still a space as far away from European contact as the moon. 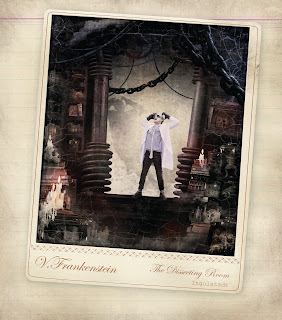 Likewise, Poe is reinvigorated. While I still love Doré's renderings of Poe's tales, these steampunk interpretations, with their considerable artistic license, seem well suited to the oneiric quality of Poe's horror. They look like dream images, chimeras matching Poe's perspectives of madness. The steampunk goggles become lenses of nightmare, windows into spaces of insanity, instead of the usual focii of romanticism and adventure. 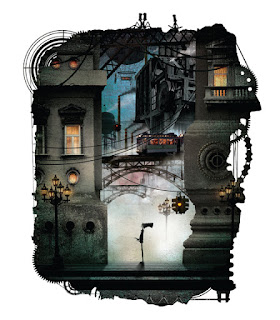 I was very pleased to see that Running Press had not tampered with the original works. These are not mash-ups like Pride and Prejudice and Zombies, or Android Karenina. Running Press has put old wine into new wineskins, with excellent results. As steampunk becomes more mainstream, one can imagine young fans of Westerfeld or Slade wandering through the Young Adult section of their bookstore, or searching for "steampunk" on Amazon, and coming across the covers of these volumes. Hopefully, they'll disregard conventional wisdom, and judge these books by their covers, entranced by the artwork. I imagine them picking the book up, and being drawn into the story through the art. They make their purchase, with only a vague idea of the world they are about to enter. They know these are old works; they have heard their teachers or parents speak of them. They are interested in steampunk and know it shares something with these texts. The images have spoken of this pedigree. They open the book at home, sitting in their bed, and take a journey into some of the greatest stories penned in Western literature. 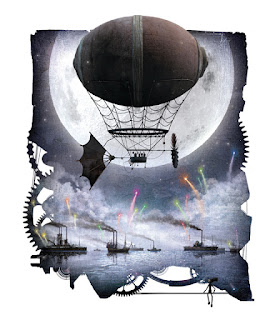 Cashing in on the steampunk name? One may level that accusation at Running Press, but not at the authors nor the works themselves. I certainly wouldn't. These are the grandparents of steampunk. They have every right to cash in on that term. 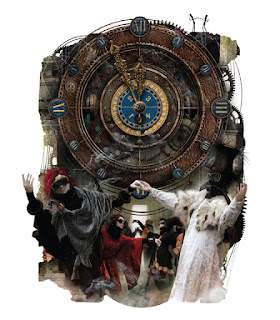 Postscript: While I have not seen the art for Steampunk: H.G. Wells, it seems likely that Zdenko Basic's cover is indicative on the ongoing quality he has brought to these first books in this series. I'll be reviewing it when it gets released in 2013. I'm excited to see it, and I hope someday we see a Steampunk: Verne from Basic and co. But a note to Running Press - no second rate translations of Verne!
Email Post
Labels: Antecedents Edgar Allan Poe H.G. Wells Horror Mary Shelley