I Am Writing A BOOK. 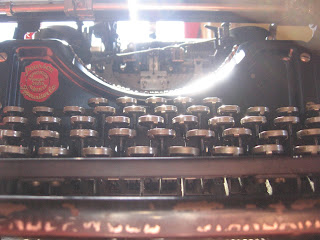 When I was in grade four or five, I sent a letter to a writing college. I'd been subscribing to Writer's Digest (no, for real) for a few months, and had been dreaming of going to one of the writing schools that advertised in its pages. My parents, always supportive, didn't disabuse me of my intentions. They let me write up my request letter, fill out the application, and choose a sample of my writing to send off. They never said, "you're too young." They just let me dream.

I traded that dream for that of being a rockstar: in the 1990s, in my 20s, I aspired to a record contract and touring around the world, though all I ever achieved was a handful of indie CDs, and local opening spots for Big Sugar, 54-40, and Grapes of Wrath. I'm proud of the writing I did for those songs, but it still wasn't becoming a published writer.

I also went to Bible College and became a youth pastor, until I found myself struggling with belief and moved on to a new career path. And near the end of that career, I wrote a bunch of articles for Youthworker, which was the magazine on doing ministry with teens and university age folks. I never received a rejection letter - just cheques. And that felt pretty good. But it still wasn't what I'd wanted to do - write my own book.

When I started graduate school, I knew the end result would be a book length paper. First, my MA on Pan's Labyrinth, and then my PhD on steampunk. I met lots of writers, and wrote about their work, but I still wasn't publishing my own. I was excited to get my first academic publications, and pleased to be among the first to be published in academic anthologies on steampunk. But watching the struggles of all my writer friends, even the Cinderella stories, I wasn't in any hurry to go hunting for an agent, and then toiling to see my book see the light of day. After all, I was over 40, and was planning to just sit back and take things easy. I thought maybe I'd start a web comic, or rework the novel I blogged online in 2007.

And then in December of last year, I received an email from Robert Lecker of the Robert Lecker Agency. He was looking for someone to write a book about steampunk. Suddenly, without warning, without any struggle or searching, I had an agent asking me if I wanted to write a book about my area of specialization. I looked into it and, after a short period of deliberation, said yes. After a few drafts of the proposal I found myself reading over a contract and shortly after, signing it.

So now I'm writing a book. I've been working on it since May, but I didn't want to make a formal statement until I was well into it. Until I knew it was for real. Because saying the words "my agent" and "my editor" kept sounding strange. But I've hit the half-way mark, and the feedback from my editor is positive. I know when the book is likely to be released (tentatively - March 2018). I've got marketing/promotional forms to fill out. I'm now a paid, professional writer. And I have a book coming out.

It's part of a pop-culture series from an imprint of the Hal Leonard company (yes, the people who do the sheet music). Initially, it was under Backbeat Books, but they mostly handle music, whereas Applause, the imprint I'm with now, handles more literature and film. In both cases, the series is called "FAQ." So you have Doctor Who FAQ by Dave Thompson and Modern Sci-Fi Films FAQ by Tom DeMichael. Consequently, my book is going to be, simply, Steampunk FAQ. And I'm pretty jazzed about that, because I didn't really want to write another academic piece on the subject. I wanted to write everything I think about steampunk and then a little bit more. And that's what I'm doing.

If you've followed this blog, you might think, "What else do you have to say about it?" And I wondered the same thing last December. I wondered it even more when I was told not to recycle any material I'd previously published. I wondered it I could do it.

Turns out, there's lots more to say about steampunk. And there are a few things I've learned that I know no one's ever noticed before, so I'm excited to reveal these things to you all in a year and a half. In the meantime, I've got a chapter in another academic anthology coming out this fall: Like Clockwork: Steampunk Pasts, Presents, and Futures, edited by Brian Croxall and Rachel Bowser. I'm super proud of the my chapter on the seminal steampunk of Michael Moorcock, James Blaylock, K.W. Jeter, and Tim Powers. If you'd asked me last year if I ever planned to write a book, I'd have said "no way - I'll just keep writing articles for anthologies."

I did get a reply from that writing college, much to everyone's surprise. They thanked me for my application, but graciously declined it. They told me my writing showed promise, and they'd love to get an application from me when I turned 18. I never forgot that letter, even though I no longer had it when I graduated from high school in 1989. And I never forgot my dream of being a writer, even if it had gone the way of so many dreams: something you'll do "someday."

Well, someday is here. And though the blog lies dormant, I wanted you all to know my news. To know why I'm not updating here. I'm still updating, but you'll have to wait to read that post. It's going to be a doozy. 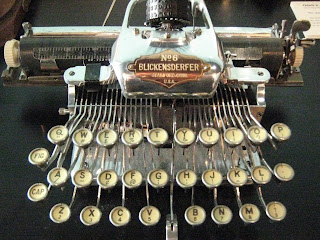