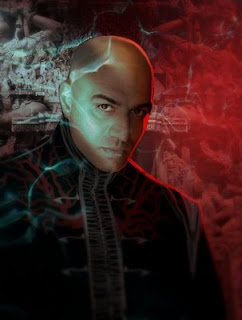 The revelation came in the first five minutes of J.J. Abrams' reboot of Star Trek: Faran Tahir should play Captain Nemo in the upcoming prequel by Disney. He fulfills all the criteria of the character, and between playing a villain in Iron Man , a hero in Star Trek, and displaying dramatic scope in Charlie Wilson's War, he has the proper balance of unknown and recognizable features the part would require. Further, to play Nemo, one must be able to play the heroic Prince Dakkar who becomes the villainous Nemo before transforming into the repentant and humanitarian Mystery of the Island. Most importantly to this Steampunk Scholar, he has a Pakistani heritage.

Someone might ask what the difference would be between having Will Smith (rumored to be director McG's pick for the role) or Tahir play the role, given they can visually represent groups which were both subject to colonial oppression and violence in the nineteenth century. Why can't a black man play this role?

Firstly, I wouldn't say a black man can't play Nemo. However, at this point in American film, blacks are higher up on the PC food chain than people who are, as my Pakistani, Indian and Lebanese acquaintances put it, brown. Brown actors aren't getting the big roles, with the exception of last year's Slumdog Millionaire. They're still playing bit roles or villains. So this isn't about barring a black man from playing a white character--even though Nemo has been played predominantly by caucasians.

Secondly, the position of blacks in the nineteenth century, even in Africa, was not one equalling the privileges of citizens of the British Raj. The Indian Prince Dakkar could go to school in Europe. An African Prince Dakeem would be far less likely to have done so. Which means, by extension, he wouldn't have had exposure to the education necessary to build the Nautilus. Black slaves in America were not permitted to learn to read, let alone learn advanced engineering. So the whole backstory would require a colossal re-write.

Thirdly, it's not as though the role of Nemo has been portrayed as an Indian to the point of cliché. As I argue in my forthcoming paper "Finding Nemo," the good captain has been cursed to deliver dialogue in the accent of the nation he hated most. He has been portrayed as an Indian only three times, and by an Indian only once. Maybe it's terribly Canadian of me to advocate for a Pakistani or Indian actor in the role, but it strikes me as a good way to do something new with the character, while simultaneously being very true to the source texts.

Check out this article on Tahir which discusses the forward-thinking of Abrams casting a Pakistani man as a Federation Captain in the post 9/11 world.

Now all I need is for someone to tell me how to lobby Disney in a way to get their attention.