Some years back, I saw the Cabin Control Nemo from Mezco toys in a speciality collector's shop. For whatever reason, I was stupid enough not to buy it on the spot. Luckily, I was able to track it down again on the web years later, and buy it for a reasonable price. When it arrived, I was stunned at the level of detail in the figure, the set he stands on, and the props available to decorate with. Since I'm still in marking hell, I thought I'd whet my readers' appetites for the upcoming 20,000 Leagues Under the Sea Spring Symposium (a new annual event at Steampunk Scholar!) in May and June. These photos were taken in my office at GMU, where Nemo sits on a shelf as inspiration. 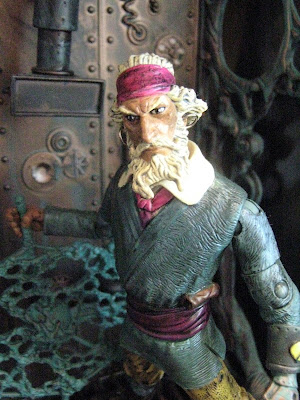 You might balk at Nemo with a mechanical hand, ala the craptastic TV version of Leagues from the '90s starring Michael Caine as Nemo, but once you see the skeletal remains further down, you may relent. This action figure has some background story! 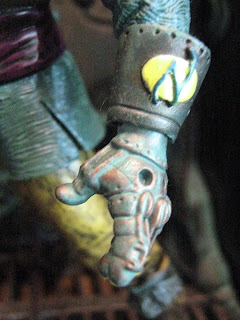 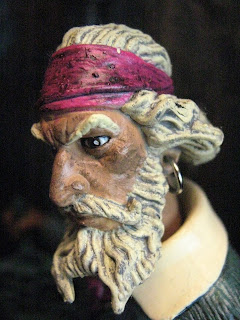 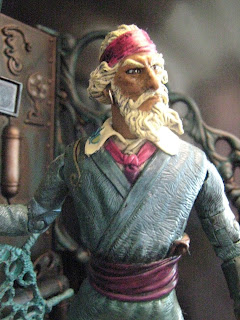 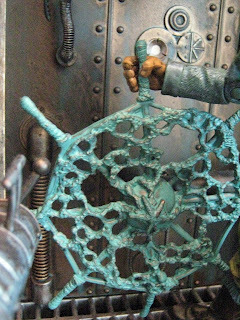 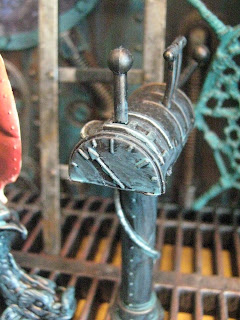 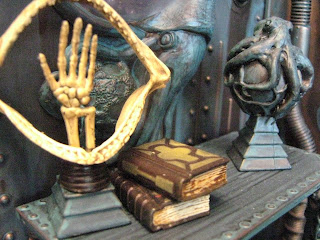 I don't know how I feel about Nemo having a globe wrapped in an octopus's tentacles (maybe it's just a decorative paperweight), since he never struck me as a megalomaniac in Verne, but I love that his skeletal hand in on display in the mouth of the shark that took it. I like to imagine this as a revision of the moment at the Pearl Fisheries when Nemo stands between the hapless pearl fisherman and a hungry predator of the ocean! 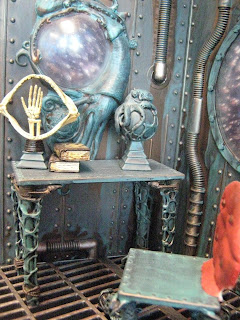 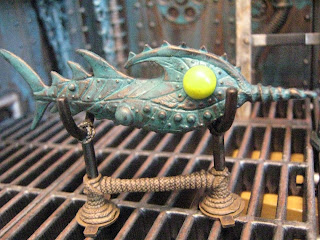 The detail on the props is amazing. The map-scrolls unroll to reveal tiny navigational maps. I love this as an adult, but I wish I could send it back in time to my nine-year-old self. He'd put it to better use. 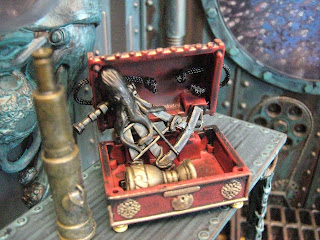 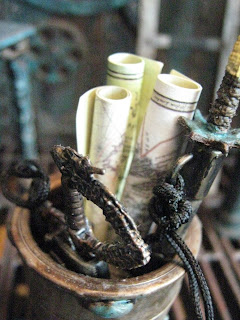 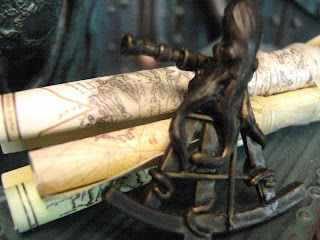 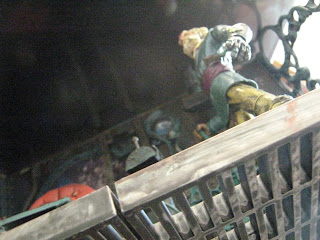 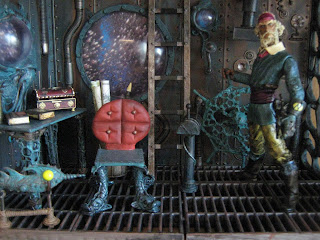 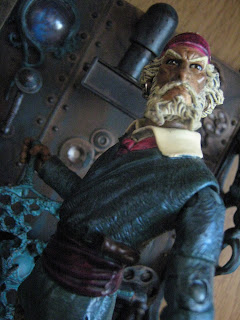