Earlier this year, I was interviewed by USA Today for an article on Steampunk which referred to the "horror of the steampunk crowd" at Canadian pop sensation Justin Bieber's appropriation of the steampunk aesthetic for the video promoting "Santa Claus is Coming to Town." A number of comments to the article noted that clearly, despite Kory Doyle's bold statement that "All are welcome and everyone's correct" under the steampunk umbrella, Justin Bieber and anyone like him, is not. The article informed ignorant me that someone had made a Bieber Minus Bieber video, which tosses the Bieb out on his head and resets his images to Dr. Steel's "Build the Robots." 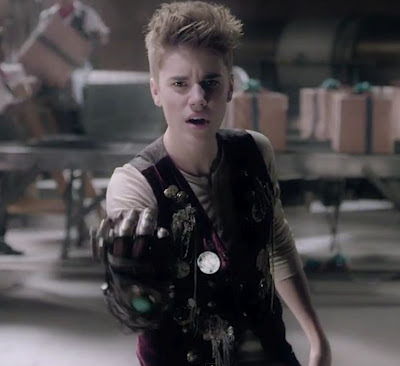 It's the Steampunk Disney thing all over again. Steampunk is whatever you want it to be, unless you want to sell it at Hot Topic, or use it in a mainstream pop music video. I guess the argument might be that the Bieb's style of music isn't steampunk, or that he doesn't represent the politics of the more activist-oriented steampunk. Mostly, from the little invective I've gleaned about the video, people seem pissed off that Bieber "appropriated" steampunk when he isn't even part of the scene. 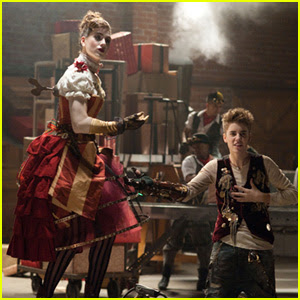 Kettle Black, anyone? What is steampunk, if not the appropriation of disparate elements we can hardly say "belong" to us? Oh, I know - some of you were weaned at the teats of Queen Victoria herself, raised on a steady diet of Vernotopic and Wellsian matineee fare, you "were steampunk before you knew what to call it," etc. ad nauseum. But none of you are Victorians. None of you live in an alternate history. Steampunk is always, as I stated in my post on Guinan and Bennett's Frank Reade, bricolage. Sometimes, in its more thoughtful and intentional moments, it rises to the level of detournement. But it's always appropriation: like children at the craft table, we rummage through "magazines" of mid-to late nineteenth century fashion, early twentieth century industrial design, and the technologically magical, whimsical, and improbable. We cut out our pictures and paste them together, and we hold it up to say, "look at what I did." We formed a club of people who make the same sorts of pictures, like Mitch Hedberg's hilarious imaginary conversation between the originators of the clubhouse sandwich:


I order the club sandwich all the time, but I'm not even a member, man. I don't know how I get away with it. How'd it start anyway? I like my sandwiches with three pieces of bread. So do I! Well let's form a club then. Alright, but we need more stipulations. Yes we do; instead of cutting the sandwich once, let's cut it again. Yes, four triangles, and we will position them into a circle. In the middle we will dump chips. Or potato salad. Okay. I got a question for ya, how do you feel about frilly toothpicks? I'm for 'em! Well this club is formed; spread the word on menus nationwide. I like my sandwiches with alfalfa sprouts. Well then you're not in the fuckin' club!

Bieber is sitting at the table, and he looks over to see what we've been up to. He copies what we do. We get mad, and tell him he's "not in the fuckin' club!" My daughter watches a show called Ni-Hao Kai Lan, which teaches good emotional reactions to bad situations. In "Everybody's Hat Parade," when Hoho the monkey copies Rintoo the tiger's hat design, Rintoo is enraged (Rintoo has serious anger management issues), until the wise child Kai-Lan sings a song about how imitation is a form of compliment. Add to this what I learned from Kirk Hammett of Metallica: imitation is creation. The steampunk scene is built on this, whatever the hell we're shouting about individuality. Go to a con and count the top hats or corsets and tell me we're being really individual. Alternate visions of iconic superheroes like Captain America at Comic Con this weekend are more individualistic than we are sometimes. How about a tattooed Cap? A black or Asian Captain America? That's craaazy! 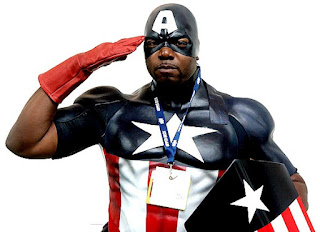 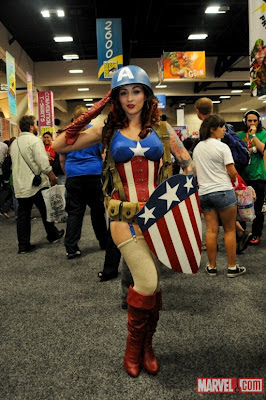 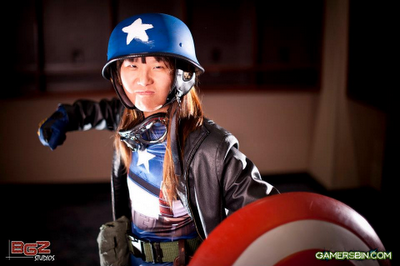 The steampunk Bieber-rejection reminds me of what it was like working as a minister in Evangelical Christianity: we were known for what we excluded, not what we included. That's got to be a bad thing in any group, whether their ideology is built on a concept of grace or not. Bottom line, steampunks? Stop giving the Bieb such a hard time. He had as much right to appropriate the steampunk aesthetic as any of us have. Stop being jerks or I'll put you in time out. 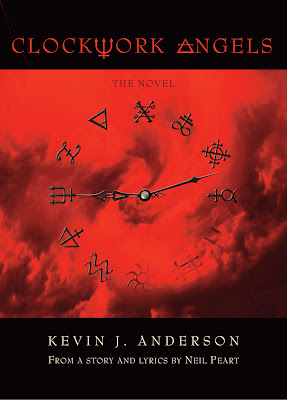 Why did steampunks give Bieber such a hard time, but no one's gone up in arms about the Bieb's fellow Canadians, Neil Peart, Alex Lifeson, and Geddy Lee of Rush? Rush's Time Machine tour, their Clockwork Angels disc, and the forthcoming tie-in novel from Kevin J. Anderson are clearly appropriating steampunk, but I haven't heard the same Bieb-tastic hue and cry this time. Is it because the novel is written by the man behind the novelization of the cinematic League of Extraordinary Gentlemen, the brilliant pastiche of Captain Nemo: The Fantastic History of a Dark Genius, or the Wellsian Martian Wars (the last two are available in newly released editions from Titan Books)? Or is it because Neil Peart has written the lyrics in tandem with Anderson's novel, so that Clockwork Angels is one of the most awesome SF concept albums since Coheed and Cambria's Armory Wars? 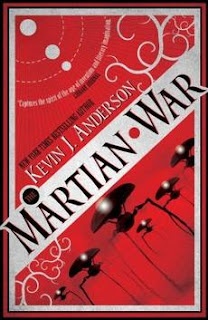 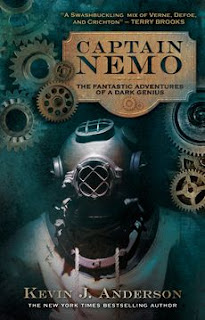 Or is it because the stage design for the Time Machine tour looks like the stage Abney Park and Vernian Process should be playing on? Neil Peart's drum kit alone is a gorgeous work of steampunk art. It's easy to applaud Rush's appropriation of the steampunk aesthetic and still retain your sense of decorum. Having a moment of squee over Justin Bieber using steampunk might feel less dignified. But both artists are outside the "scene" of steampunk music, whatever the hell that is. 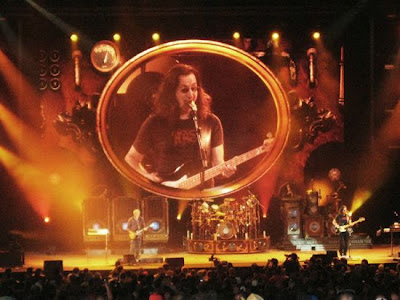 I'd say it this way: Justin Bieber and Rush have appropriated the aesthetic of steampunk and applied it to the visual concepts associated with their music, which is arguably not steampunk in any way. This is no less a use of the steampunk aesthetic than that episode of Castle. We need to stop talking about whether something is or isn't steampunk, and start admitting when steampunk is being used. Let's not ask "is Firefly steampunk?" but rather, "what elements of the steampunk aesthetic is Firefly using?" We might not always like it, but we can't deny it. 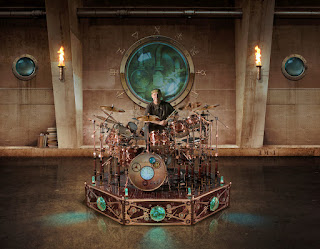 The Bieb made a steampunk video. Rush made a concept album in a steampunk world that Kevin J. Anderson is writing a novel in. Just because it's mainstream doesn't mean it ceases to be steampunk. And how about that appropriation of Bieber's imagery to reset to Dr. Steel's music? Isn't that the same sort of piratical appropriation steampunks accused the boy wonder of? I could use the word hypocrisy, but who knows, maybe the editor of the video had no such intentions. Ultimately, it proves that Bieber's use of the steampunk aesthetic was done well (and yes, I know, it was likely his marketing team, not him, but metonyms are so much easier). I for one, really enjoyed the video. Besides, to bastardize Billy Joel once again, "Cyberpunk, Ribofunk, even if it's steampunk, it's still SFF to me."
Email Post
Labels: Aesthetic music Rush