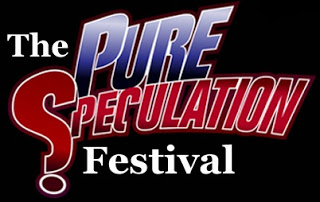 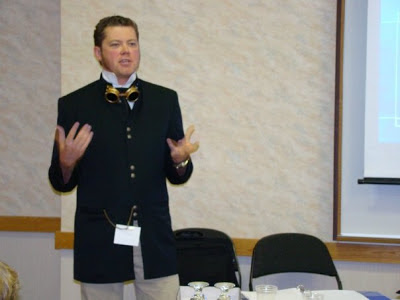 I first spoke at the Pure Speculation Festival here in Edmonton in 2009, when I presented on Steam Wars and Captain Nemo. Since then, I've attended and presented every year. Each year made me love this little, local event more and more. Unlike bigger conventions and expo-style events, Pure Spec is like summer camp for geeks. The lineup of guests is rarely star-spangled, but that also means you'll spend less of your weekend in lineups as well. You'll spend more time sitting around and chatting with geeks of like mind, have more time to talk to vendors and artists, and won't have to hope you run into a guest of honor. Odds are, they're standing two feet from you at any given time. 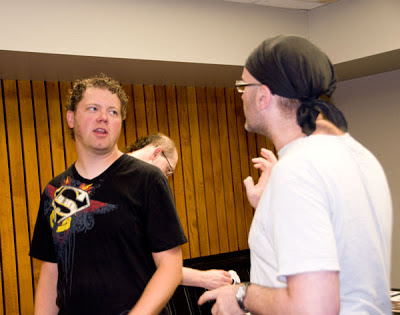 The first year I attended, I realized the Dungeon Master running that game over there was Monte-freaking-Cook. Or the guy sitting in the back row laughing at my joke was Robert-freaking-Sawyer. Or the cool panel guest who just invited me for drinks was Tanya-freaking-Huff. And if you don't know who any of these people are, then you're the sort of geek who might not enjoy Pure Spec. Because Pure Spec isn't about a photo-op that lasts less-than-five minutes with William Shatner; it's about getting kicked out by security at the end of the day because your conversation about what's wrong with DnD 4E went into overtime. Which ends you up in the hotel lounge for drinks about it, only to realize once again, that you're only two feet away from a Guest of Honor, engaged in a similar conversation. 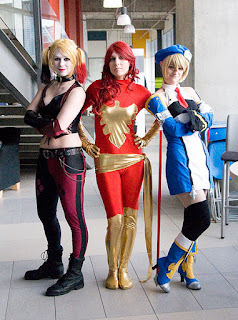 There's cosplay, but there are just as many cardigans and converse high-tops. It's chill. Be Finn or Jake if you want to, or just wear an Adventure Time shirt. Spend a zillion hours on a Pathfinder Icon cosplay, or just come and enjoy some Dungeon Mastery or board gaming in the games room. And it's all in a pretty intimate setting. You won't need a map after you've been at the Festival for more than ten minutes.

This year, our theme is 20,000 Leagues Under the Spec. You might say it's the Retro-Spec Festival this year, with steampunk guests galore. For our usual compliment of Canadian guests, we have YA writer Arthur Slade of Hunchback Assignments fame and Liana K, co-star of I Hate Hollywood!, who has cosplayed a steampunk Poison Ivy and Harley Quinn, and knocked my socks off in 2010 when she co-presented on steampunk with me. Stephen Hunt, author of the steampunk Jackelian series, will be present from the UK via Skype, while the same technology will permit Diana Vick, mastermind behind Steamcon, to chat from the US. Traveling in person from the US, New York Times bestselling author Gail Carriger of The Parasol Protectorate will be gracing the Ramada Inn in Edmonton with her steampunk panache. There's a good chance you'll see an encore of us reading together: this time from one of the Etiquette and Espionage books! 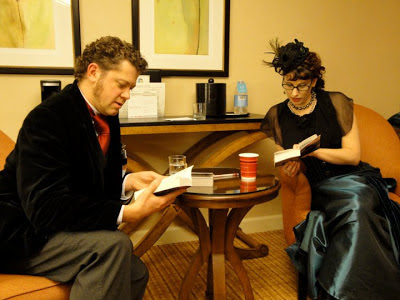 So obviously, I'll be there too! With a theme related to Verne, there are many things I could talk about, and if last year was any indication, I'll be talking about them all. Here's hoping I'll be seeing you at the Ramada Inn, November 16-17, 2013.

Here's a link to some video of me recommending steampunk books at our Pure Spec Fundraiser last month, to whet your appetite!