It's been 10 years (and one week) since I started this blog. When Steampunk Scholar went live in 2008, I was busy finishing up two term papers: one on Captain Nemo which would go on to become my first published academic article on steampunk; and one on steampunked Star Wars, which ended up in the Journal of Neo-Victorian Studies. At the time, I had attended one steampunk convention and had no idea what was coming next. It's been a wonderful, wild ride, and I thought I'd celebrate by posting a photo that highlights something steampunk from each of the 10 years that have come and gone.

2008: Standing with the members of Legion Fantastique at my first steampunk convention. I'm still in contact with everyone in this photo. That's the best thing about my steampunk travels, by the way: all the amazing people I met. 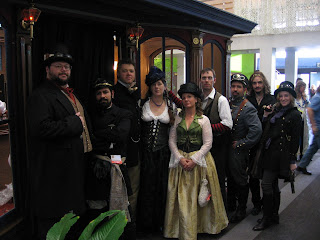 2009: Presenting at my first Speculative-Fiction-related academic conference, the Eaton conference in Riverside, California. That year, the conference was focused on Jules Verne, and I presented the Nemo paper and consequently received a request to submit it for publication. The editorial team for that issue of Verniana included some real giants of Verne scholarlship, including Arthur B. Evans. That was a crucial event in my scholarly career, as it validated what I was doing, but also showed me that I needed to keep attending the fan conventions, as steampunk scholarship was still a rarity, which meant I always just ended up answering the question "What is Steampunk?" at academic gatherings. 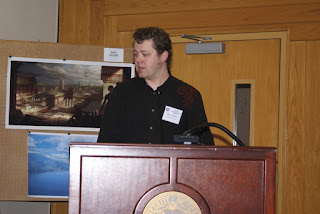 2010: While Gail Carriger and I would revisit reading from her work together years later, this first time at Steamcon II remains one of the best memories I have of these 10 years. She read the narration, I read the male dialogue. It's on Youtube, split into five sections, if you're interested in seeing it. 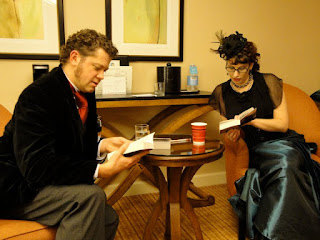 2011: This photo was taken by Lex Machina (my fave steampunk photographer) at the one and only Canadian National Steampunk Exhibition in Toronto, and it became the promotional photo I've used ever since. I should probably get a new one, but it's tough to top Lexi's work, even if I have lost weight since. 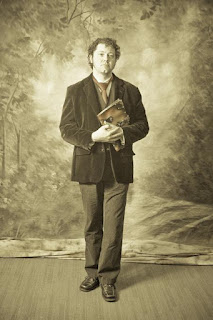 2012: While the blog originally stated the Steampunk Scholar research would be a five year mission, I did it in four. I walked across the stage in November with a PhD in Comparative Literature and a dissertation on steampunk (as well as a chapter in the newly released Steaming into a Victorian Future the first academic steampunk anthology), ready for whatever would come next. At the time, I assumed I'd move on from steampunk to other areas of speculative fiction. 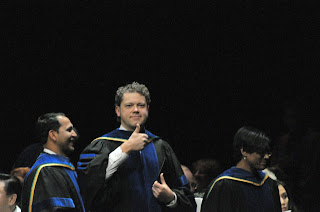 2013: The year without steampunk? Almost! But I was able to return to the Eaton conference (I presented on Gareth Edward's Monsters in light of Susan Sontag's "Imagination of Disaster), but I finally got to meet steampunk luminaries Jaymee Goh and Jess Nevins in person, after years of online interaction! 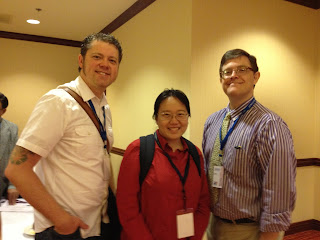 2014: The Return of the Steampunk Scholar! I was invited to several events this year to talk about steampunk, and all were shocking surprises. From speaking to astronauts and space industry people to German studies grad students, to Sweden's comic-con, Swecon, it was a wild and crazy year. The Swecon event was the most memorable though, with its steampunked steam train and train museum venue. 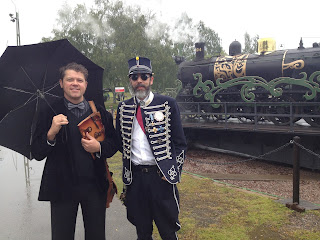 2015: This was arguably the year without steampunk. After the excitement of presenting abroad in 2014, this year was steamless, until, right before the end of the year, I received the email asking if I'd be interested in writing a book about steampunk for Applause Press. That offer came around the same time we made our first batch of "Smoking Bishop," a mulled wine we discovered while listening to A Christmas Carol on our vacation in British Columbia. That's the most steampunk moment of 2015 before the book offer. It had really felt like that chapter of my life was over. But that was not the case... 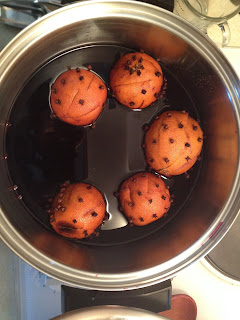 2016: While I was actually working on my book most of the year (and consequently not posting here), the autumn of 2016 saw the release of yet another steampunk anthology I had a chapter in, and it's my proudest academic publication yet. It was an article debunking the idea that early steampunk writers James Blaylock, K.W. Jeter, and Tim Powers were dark and political. I'm also proud to have "stood" among the great steampunk thinkers who contributed to this volume. 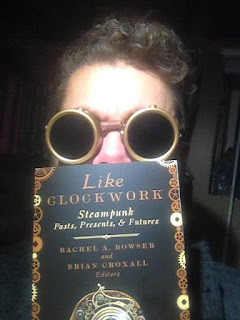 2017: A year almost entirely devoted to writing the book, which was an ordeal. I didn't present anywhere, and didn't post here at all (the only year that happened). But right after I finished the book, I ended up in New York, where I got to meet another long-time steampunk colleague in person: Diana Pho! She gave me a tour of the Tor offices and we went for dessert! 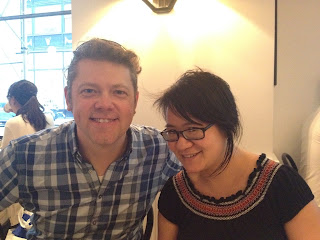 2018: Predictably perhaps, the steampunk highlight of 2018 was the release of my book Steampunk FAQ (at Happy Harbor Comics in Edmonton, pictured below), which is the cherry on top of a five-year mission that became a ten-year mission. I know steampunk isn't done with me yet, and I'm glad--I wouldn't be where I am today if I hadn't decided on steampunk instead of "dystopia" for my PhD dissertation. Thanks to all of you who have been a part of that journey. I don't know where it goes from here, but it's been a fantastic voyage so far. 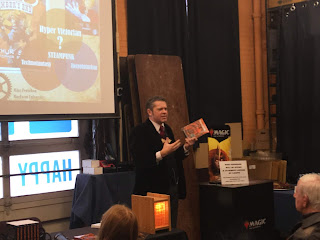